It’s probably a good sign when you wake up before the sun peaks over the hills and grab the nearest can of spray paint and paint yourself green. 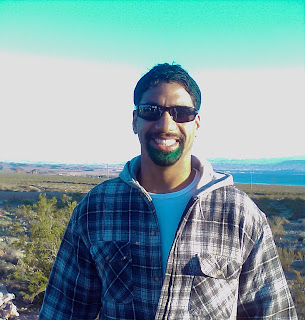 I know…you're green with envy, aren’t you?

That was the start of the Six Tunnels Marathon day.
After being leprechaun'ed up, we (the Mrs. and I) headed to the race. 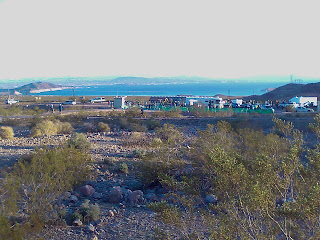 The recent rains that we’ve had, have done a number on the desert. The desert transforms itself into a lush cornucopia of greenery, flowers and life. Mind you it’s all of two inches high but it’s everywhere. 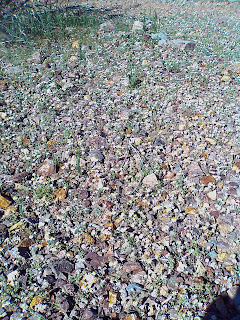 Come April, it may well be all gone.
I went into this race with no expectations. I had already done this distance before and didn’t think that a repeat performance was in the books.
Besides that, during the past week I’d gotten in almost no runs in (long or otherwise), add all this together and the Mrs. was worried that she’d even be able to finish the distance, let alone PR. 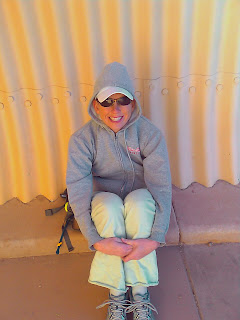 Bundling up pre-race, hiding from the wind.
Needless to say, her worry was COMPLETELY unfounded.
Once the race started, she/we took off on fresh legs and a big store of energy. 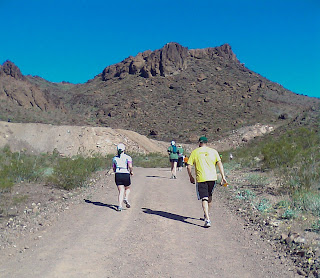 Flying past everyone else.
Notice that they’re all walking and she’s running.

Everything seemed to come together for this race. Nutrition was right on track, energy stayed high and the weather was great. There were a few hills that sucked especially the last turn around. It was literally almost straight up and down. According to Garmin, it was 30+% grade!! Usually I don’t trust Garmin on grade, but it had the same numbers going up as down. HOLY CRAP! What kind of mean RD puts that in a race after 11 miles??
After that I knew that we could make it through anything.

I’ve found that while running, I can’t think of ANYTHING. It takes me forever to do even simple calculations while running. If I’d been able to do even simple math, then I would have realized how far ahead of schedule we were.
Instead, I ran completely in limbo until the last three miles when I was able (sorta) to do elementary math and realize that we were looking at a great PR.

Of course, I still couldn’t do in-depth math so all I could do was estimate, couple that with the fact that my IT’s were starting to lock up on me and I knew that we were on iffy territory for a PR.
I kept my mouth shut the whole time until we were right outside the finish line where I announced that "I have a surprise for you" and then the Mrs. saw the race clock. When we went through the finish line, she went nuts!

From having no confidence in our ability, to feeling strong, to finishing with a new PR by 27+ minutes from her previous PR!

A little later, Stef, came through the finish line and she went nuts! It was a day of PR’s for everyone. 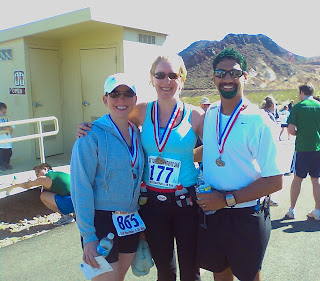 Then I re-realized that it was St. Patty’s day. I burned 1700 calories on the run. The way I see it, that equals 17 green beers! 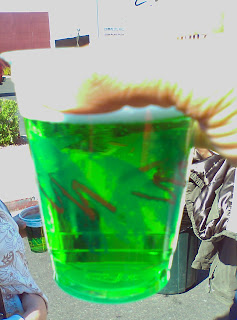 Another cool report. Nice touch to green up your goatee as well.

Congrats to the Mrs.

Ok a few things, I had no idea you were Irish, seriously!

Is that dirt road the run that will be faced on the Rage half? Several people have probably already written me detailed memos on this point but I'm flakey that way.

OUTSTANDING job on the PRs!

Uh, is that garmin elevation profile postable by chance? that is if it's the same run as Rage.

I also have no ability to do math while running.

At my last race, there was three times that I had "calculated" that I have 8 miles left. That would have made a marathon 21, 25, and 32 miles long.

Do you want me to balance your checkbook? Just send it my way and I'll take it out on my next long run. You will end up either a millionaire, or homeless.

So much fun to race with you guys. And HUGE congrats on the PRs!! It was truly a great day.

Andrea and I were still celebrating last night in fact!

Dude, I love that green beer pic, it looked even better when you txtd me via cell!

Have fun in Disneyland this weekend!!!

Congrats to both of you for PR-ing!!

Great race report...love the pictures. That kind of scenery is my favorite.

I love our ability as athletes to say something like "I burned this many calories, so I can consume ______" I do it daily!! It's all about the food!!